Beneath the branches, and the reach 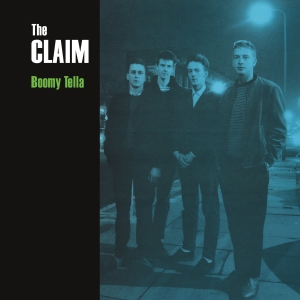 Can it really be more than thirty years ago that The Claim’s Boomy Tella LP was released? Decades have flown by, but a record I’ve consistently listened to for (considerably) more than half my life now seems to exist outside of time passing. This is the beauty of a favourite recording – its magical moments are frozen, not in aspic or ice but in some living, breathing sense, whether the overriding feeling is upbeat or downhearted. The distinctive first few beats and bars of Not So Simple Sharon Said sound out, and those intervening decades drop away. I could be nineteen again, and tapping my foot to them at The Falcon in Camden, or smiling as John Peel plays the song for the first time on the radio. Every note remains familiar to me. It’s hard to step back and attempt to appraise it afresh, let alone objectively.

But this is what the reissue of Boomy Tella on A Turntable Friend Records is suggesting I should do. What David Arnold’s touchingly humble sleeve notes (‘This was nearly our great album’) tell me were ‘cheap rattling drums’ and ‘replica guitars’, still sound as thrillingly rich to these ears as they did when I first heard the LP in late 1987. And the remastering has put a little more boom into Boomy Tella, with Stuart’s sure-footed bass playing in particular coming through more clearly than I ever recall it doing on my old vinyl.

The songs are simple, yet surprisingly sophisticated. The singing is heartfelt, yet lyrically speaks so often of doubt. Uniquely, the music mixes the bloodlines of mod pop and English folk song, but much less consciously than that might suggest; while the Claim would have been entirely au fait with the Jam and the Style Council, I don’t imagine David Read had heard much if any folk music before recording Boomy Tella, and yet if you heard it a cappella, his unaffected singing voice might easily lead you to place him within the tradition of English folk song.

No matter what calibre of instruments the two Davids, Stuart and Martin were using, it’s all beautifully played, something fans came to expect of the Claim, having seen so often with our own eyes what a high-functioning, single-minded quartet they were. Here’s how Kevin Pearce, who originally put out the LP on his Esurient label, described it not long after its release, in a piece for my fanzine of the time:

I love the way it’s finely balanced. The way it’s sinewy and substantial but understated and light on its feet. The way there’s something to get your teeth into but something you can’t quite put your finger on. The way it’s so English like Ray Davies, Vic Godard but altogether strange somehow. The way I keep coming back to it like a tongue always comes back to a loose tooth. Most of all I love the way Not So Simple Sharon Says starts as much as I love the way Waterloo Sunset starts.

Boomy Tella’s cover may have been deliberately artless, but that continues to conceal an artful, inventive approach to songwriting. Guitars are picked, strummed, and struck into modernist shades of red and blue, while bass and drums form a rhythmic backbone that is indeed foot-tapping in its simplicity. Over the top David Read weaves a lyrical sense of the absurdity of the everyday into those folkish melodies of his. On one level the group are mates having a laugh, incidentally producing consummate moments of pop music like Beneath the Reach. On another, they’re gifted poets telling it like it is, playing it how they feel it, and coming up with something of the emotional heft of Down By the Chimney.

The Claim achieved a marriage of unforced exuberance and subtlety that set them apart from the majority of both the independent music of the era and the Britpop that was to follow. Where might the Claim be now if they had had the time, space and money to plot a course through the ’90s and beyond? As with so much artistic endeavour, the what-ifs are legion.

Live, the Claim were both engaging and inspiring – and having seen them play again last weekend at the 100 Club, I can report that they still are. For me, no other group of the time and type combined serious musical intent and a sense of ease and enjoyment better than the Claim did at their best. Davids Read and Arnold would introduce what were obviously carefully composed and cherished songs with carefree good humour. Odd rhythms and jazz inflections, indeed odd touches all round, informed what would otherwise have been straight-ahead pop. Dave Arnold held his guitar high against his chest, and the unconventional playing style contributed to the choppiness of the sound. Thanks to the expressive range of Dave Read’s wonderful, lilting voice, the Claim could be both irrepressibly upbeat and as blue as Miles, though cheerfulness would keep on breaking through.

The Claim tried not to let their lack of acclaim get the better of them. They kept on keeping on, playing shows to a small but devoted following, putting out great singles, but eventually, inevitably, there came a period in the early 90s when it must have felt like the returns were ever-diminishing. And so they called it a day and got on with their lives, until the time was right to regroup and – as they say in football after a defeat – go again.

The freshly remastered Boomy Tella comes with a quartet of extra songs: a Jam-my demo of the later B side, Business Boy; an equally robust rendering of God, Cliffe and Me; a fabulously lively take of live favourite Fallen Hero; and an untitled northern soul stomper that I don’t recall ever hearing. It’s all great, and my appetite is well and truly whetted for the group’s new material, especially having heard a handful of the new songs live. It’s due to appear in album form come May. The title? The New Industrial Ballads. The expectation is that they will be at the very least on a par with the old industrial ballads of Boomy Tella.

‘Today, a young man on acid realized that all matter is merely energy condensed to a slow vibration – that we are all one consciousness experiencing itself subjectively. There's no such thing as death, life is only a dream, and we're the imagination of ourselves. Here's Tom with the weather.’ – Bill Hicks
Loading Comments...
%d bloggers like this: